Before The Option Process®, I used to live in a stop-start atmosphere. My doubts, reflections and questions oftentimes became indictments. Like those around me, the not knowing, the worry and fear infected so many of my activities and pleasures. I wanted peace, but believed it was nowhere to be found. I loved people, but always feared losing them. I created fantasies that most often did not come to pass. The world appeared to be filled with joy and excitement, yet, at times so much of me seemed unlovable. I had friends, yet felt peculiarly alone. I was happy one moment, confused or frightened the next. Life was an up-and-down roller coaster and I couldn’t seem to get off.  These were the dams inhibiting my flow. 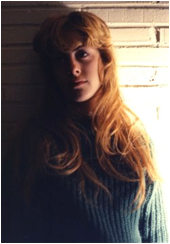 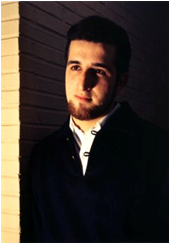 And when all else failed, I would rely on dramatic comparisons to soothe my personal trauma. I would instruct myself to review all those titanic catastrophes I had escaped by accident of birth . . . look at the wars, famine, disease, earthquakes and tidal waves. I even fed myself the age-old axiom: “I felt bad about having no shoes until I saw the man with no feet.“ Adapting and coping was the order of the day…yet, somehow I knew these were half-measures. I persisted in searching for more.

In the mid-1960s, I scrambled through college as an aging adolescent infused with ideals and expectations. I lived with Sartre and Camus, burned midnight candles with Kant and Hegel, overturned stones with Aristotle and Aquinas. D. H. Lawrence, Faulkner, Fitzgerald, became my brothers as I pantomimed my life through their books

Bouncing in and out of relationships, I tried to contain my energy while I explored new contacts and delved into new areas of learning. Yet, beneath the surface of all this activity, there were so many questions left unanswered, so many riddles impregnated with fear and discomfort. But discomfort was fashionable in an era when classrooms were filled with youthful beggars being led into the maze rather than out of it. Freud was still king, which left many of us petrified in the face of our supposedly black and mysterious unconscious which could, without warning, crack through the thin veneer of our everyday sanity and reveal a ghastly prehistoric apparition of ourselves.

Days, months and years were spent doing gymnastics on intellectual and artistic high bars. Aloft, yet grounded. The exploring was intermingled with doubt and confusion. Graduation from college was capped with a degree in philosophy. Then, graduate work in psychology. I was lost in a world where almost everyone saw themselves as victims. Like my peers, I distrusted myself and refused simply to act on my own inclinations. 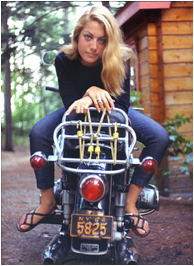 Samahria, 21, on our
beloved motorcycle

Life, marriage and then the agonizing, painful death of my mother (I had been the main caretaker). Now, at twenty-one, the fabric of my daily existence disintegrated; setting me adrift with only my ambivalence and discomfort as consolation, leaving me on my knees emotionally. I turned to a Freudian psychoanalyst and danced my exterior dialogues on the carpet of his lonely Park Avenue office. The sessions continued for seven years. My chatter echoed against the walls of his silence. Almost drowning in painful associations, I waited for those few words which would dissolve the fog … interpretations for a lifetime served up by one who presumed he knew. 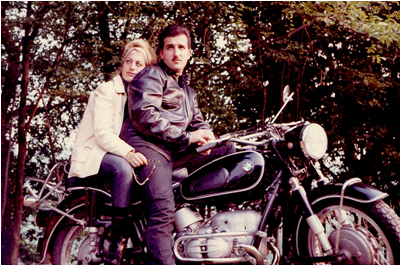 Restlessly, I began to write, first a novel, then a play, then a screenplay. I plunged into a business venture in the motion picture industry that met with significant success, yet the anger and self-doubt continued to flourish. Even when I terminated therapy with its half-measure concept of life, some of the discomforts still remained.

A well-meaning psychiatrist left me with a popular slogan shared by many so-called mental health practitioners: “You will always have times when you are anxious, uncomfortable and fearful, but now you are better equipped to handle them, to cope.“ I had wanted a more affirmative resolution. I felt cheated and short-changed. And in that dissatisfaction, I knew my journey had still just begun.

In graduate school, the truth was reduced to complex plastic and paper replicas of reality… a theoretical masquerade supposed to represent flesh and blood. Motivated to move on, I continued the search. 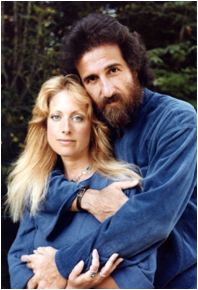 With my wife Samahria, who joined me in some of the explorations, I investigated and participated in numerous pursuits of awareness and understanding. Moving from conventional therapy and an academic vision of psychology, I researched altered states of consciousness through hypnosis and auto-hypnosis. Eventually I became skilled enough to put myself into a hypnotic state merely by touching my index finger to my forehead. Dramatic and fascinating, but incomplete. As I embarked on what would become a seemingly endless pursuit, my thirst for evolving awareness and knowledge increased. The citadel of books was supplemented by experiments with a diverse series of theories and alternatives. 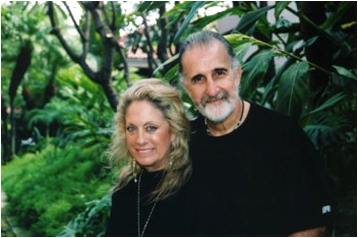 Pieces of the puzzle. Each with its own beauty and wisdom, yet without the thread to weave the fragments together. Turned to the quiet wisdom of Buddha and Zen. On to Yoga and a lyrical version of Meditation. This was complemented by Taoism and the incisive lesson that “Life is not going anywhere, because it is already here.”  Then dipped into Confucius. “To know what you know and what you don’t know is the characteristic of one who knows.” Continued moving East with exposure to the philosophical base of acupuncture and reflexology. Faced West once again, viewing the collective consciousness of mankind and its genetic implications.

A beautiful and sometimes exhausting journey where philosophy, psychology, religion and mysticism merged. And yet, I knew to continue … to pursue that, as yet, elusive perspective which for me would ultimately illuminate the horizon. Another evening. Another classroom. In a school that has since disappeared, I came upon a man who spoke about the power of beliefs and its impact on unhappiness. I knew I was hooked and my understanding of myself and the world around me changed swiftly. 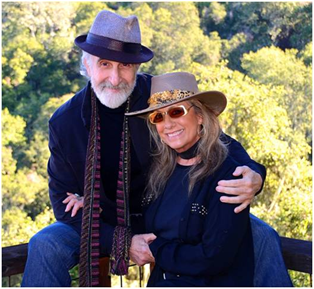 I began a journey to explore every aspect of myself with the clear and abiding intention to change all the parts of myself that no longer served me.