After participating in our son’s rebirth and establishing The Option Institute®, we felt so grateful for what we had come to know and for our journey with Raun. We wanted to make our happiness and gratitude even more tangible. As a celebration of that inspiration, we decided to adopt children others did not want. 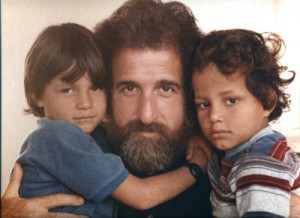 Our first adopted child was Tayo, who came from Columbia, South America. At one year of age, he had been severely malnourished as well as weakened by dysentery and intestinal parasites. His head appeared enlarged, his liver distended and his rib cage flared. Initially, he had difficulty lifting his head or rolling over and could not crawl. However, although he had been deprived of meaningful contact and affection throughout his short life, he had a big smile for anyone that looked his way. With the assistance of our other children, we worked to help this little boy overcome the deprivation of his early living experience. At first, as with our once-autistic son, we had to teach him skills other children mastered easily. His spirited desire to learn challenged us to invent games and activities which would help him gain control over his limbs so he could crawl, climb and, ultimately, walk. We learned so much about the power of personal motivation from this little guy! As a child growing up, Tayo was a lively and talented youngster who asked thousands of “why” questions and delighted in expressing himself through his highly original artoon drawings. In addition, after each meal he would check out the proposed content and location of his next one as if to reassure himself in some deep place inside that he will not starve again. Today, Tayo is married and has his own family with two children. After graduating college, he continued developing his ever-growing fascination and skills in computer technology and systems, currently utilizing those talents very successfully in the investment industry.

A most significant learning came with the arrival of our second adopted child, a little boy we named Ravi, who had lived in a poverty-stricken area of Bogota, Columbia, and whose mother had died when he was three years old. A month after her death, Ravi wandered into the kitchen of his meager hovel in search of food. He had not eaten that day. When he noticed that his father was cutting up slices of bananas and eating them, he asked for some pieces for himself. His father refused and muttered angrily. The little boy persisted. In a soft, pleading voice, he asked again for just one small bite. His father jumped from the table in fury with a cutting knife in hand and plunged it into his son’s neck, then purposely slit his throat twice. Neighbors found the child soon after the attack and rushed him to a hospital where he miraculously survived. Since he had no living relatives to claim him after his father’s arrest and subsequent imprisonment, local social service workers placed Ravi in an orphanage, where he languished for almost two years until one of the directors brought him to our attention. Though his vocal cords remained intact, he barely spoke and acted in ways which could be construed as justifiable signs of trauma and disturbance (which today would probably be labeled as post traumatic stress disorder — PTSD).

My father, upon hearing the news of this proposed adoption, called and asked pointedly, “Are you looking for more trouble?” A psychologist consulting on the home study (required by the stateside adoption process) warned that this little boy had been severely injured, physically, mentally and emotionally, and would show signs of that disabling trauma for the rest of his life. A friend raised issues about what kind of sacrifices would be necessary, especially so soon after we had just finished integrating Tayo into our family. Samahria and I told them all that we could not honestly relate to those concerns. We have never knowingly invited trouble into our lives; we try, as best we can, to invite wonderful experiences. In addition, we believed, or at least were hopeful, that any child or adult could flourish in spite of having endured the most horrendous of circumstances. And finally, for us adopting this child had nothing to do with sacrifice or loss, but everything to do with being happy and expressing our gratitude with very concrete action in the world.

Picking Ravi up from the airport remains vividly imprinted in my mind. The entire adoption had been completed without ever seeing him. We had decided, at a distance of thousands of miles, to be mother and father to this stranger, considered “damaged material” by other people’s standards.

On the day of Ravi’s arrival, Samahria and I waited impatiently at the airport terminal gate while hundreds of people came through the doors after clearing United States customs and immigration services. Suddenly, I recognized our contact person emerging from the crowd. He held the hand of this thin little boy whose dark brown eyes rapidly scanned the lines of waiting people. I leaped over the ropes, knelt directly in the path of this youngster and reached out my hands to him. He smiled at me. He knew! Then he lunged forward and jumped into my arms. I loved him in that very first instant. I would be his “Popi”, as committed to him as any of my other children.

So many people romanticize love. They talk of chemistry and bonding. Relationships take time to nurture and develop, they say. When I had known Ravi for only minutes, my love felt as strong and deep as the love I had for my oldest children, who had lived with me for over a decade. Love, like happiness, would never be a mystery to me again. I had witnessed the sweetness, the power and the miracle of a decision.

For the first six months, Ravi became an appendage, always holding on to my leg as if to find a secure place to anchor himself. Although he demonstrated an astute agility within his body, he seemed hesitant to speak, even in Spanish. However, in the years that followed, this little guy has stretched himself, matured into a fine athlete, expressed himself verbally, became capable academically. In Junior High School, he gave a speech in front of an auditorium filled with his classmates and was elected president of three grades. After graduating college, his love of athletics and body dynamics led him to be successful in the field of personal fitness training. Today, Ravi is the supportive father of a wonderful son and has built in himself a sense of peace and purpose as a parent. 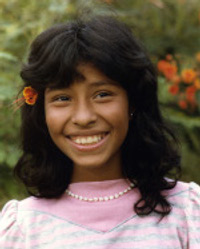 We also adopted a ten-year-old girl who had been a victim of poverty and abuse. This child of the streets, who had learned to steal and lie to survive, had been lifted out of strife-torn El Salvador to become part of our ever-growing family. Although her adoption had transpired with her complete permission and approval, she declared adamantly that she would not learn English nor go to school — ever! We learned to recognize a softness behind her defiance and a deep yearning for closeness that her self-imposed isolation could not hide. We gave Sage several years of strong, yet gentle input before she could relax her guard and allow herself to love and trust others. Eventually, she opened her heart and allowed herself to be loved. loves learning, speaks English wonderfully, and has become one of the most helpful, affectionate and loving members of our family. Her presence has been and continues to be a blessing in our lives. She now lives and works in a major metropolitan area in the spa services industry. Recently, Sage opened her own small day spa in a neighboring town because, she stated, of her desire to transition from New York City to live near us again. How wonderful for us.

Each one of our children has given us opportunities to access more of ourselves. Instead of being diminished or stretched too thin by their challenges, we have uncovered an ever-growing wellspring of love and ingenuity. As I teach a class, do a private session with someone or walk with my children through the surrounding forest, I feel I have found a sense of happiness, peace and communion with God that I once would not have dreamed possible. 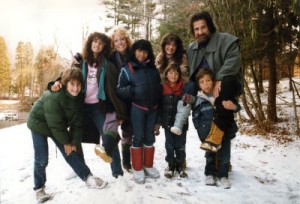