The joyful and ceremonious arrival of our son, Raun, was immediately dampened by the events of the next four weeks. In the hospital nursery as well as at home, Raun cried inconsolably day and night. Examination followed examination with no visible difficulties revealed.

Three weeks later, a severe ear infection surfaced. The pediatrician prescribed antibiotics which, within twenty-four hours, caused severe dehydration. His eyes clouded. His skin turned a pasty white as the spark of life drained from our child.
Emergency hospitalization. Raun was placed in intensive care as he hovered precariously between life and death. The pressure of the infection caused both ear drums to puncture. Our thoughts and energy were entirely devoted to wanting our son to live. Finally, during his second week in the hospital, he began to respond.

For all of us, a second beginning. Now Raun seemed joyful; a peaceful and mellow harmony characterized the remainder of his first year. He grew and developed with beauty and strength. However, when he was twelve months old, we began to note a growing insensitivity to audio stimuli as he became less responsive to his name and other sounds.

During the next four months, Raun’s apparent audio deficit was compounded by a tendency to stare and be passive. He preferred solitary play rather than interaction with our family. When he was held in our arms, his body would dangle limply. More testing still produced no definite answers. Yet our son’s behavior continued to change rapidly. His delicate face and sparkling eyes turned toward another dimension of experience.

By seventeen months of age, Raun had withdrawn completely from all human contact and slipped behind a seemingly impenetrable wall. He was diagnosed as severely autistic, which, in those early years of autism, had been traditionally labeled as a subcategory of childhood schizophrenia … considered to be the most irreversible of the profoundly disturbed and psychotic. He was also diagnosed as functionally retarded. “Incurable.” “Hopeless.” These were the underlying messages of the literature and statements by the professionals we consulted throughout the country. 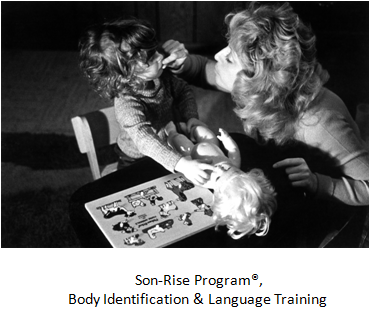 A classic case of autism. Silent and aloof, Raun stared through us as if we were transparent. And then there was his incessant rocking back and forth to some internal symphony. The spinning, hour after hour, of every object in sight. The self-stimulating smile and repetitious motion of his fingers against his lips. The lack of language development … no words, no sounds, no pointing gestures. No calling, crying for food, no signals to be changed or taken out of his crib. The loss of eye contact. The pushing away … the deafening silence … the loneliness.

Yet, although Raun was lost to us, he remained beautiful and blissful in our eyes … like a dedicated monk contemplating his life force as he sat patiently before the altar of the universe. 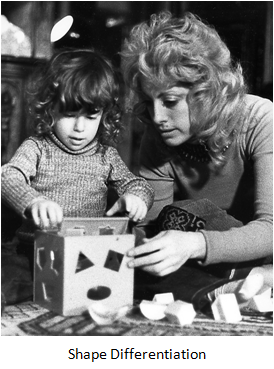 Committing ourselves to an openness to see anyone, go anywhere for help, we consumed every book available on autism and journeyed to different cities to explore and observe. Patterning. Psychoanalysis. Sensory conditioning. Biochemical experiments. Megavitamin theories. And finally exposure to various applications of behavior modification. What became increasingly clear was that most programs were little more than experiments. The ratio of children helped minimally was dismal, perhaps only a few in hundreds. And ironically, success often referred to the one or two children who learned to perform minimal functions on a very primitive level. 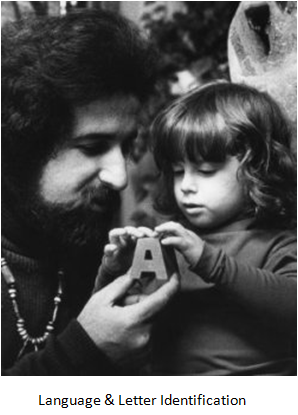 The more we viewed and understood the nature of these treatments, the more polarized we became. Raun was a beautiful human being with his own special qualities and dignity. His eyes were so intense, so bright and so alive. But who out there was willing to respect that?

In 1973, professionals, in the name of medicine and humanity and probably with the sincere belief they were helping, had little children strapped onto tables as one hundred and fifty volts were slammed into their brains during electric-shock treatments. Other boys and girls were tied to chairs to prevent them from rocking. Some were enclosed in portable black boxes or closets as a form of aversion therapy (the early version of behavior modification, now called ABA — Applied Behavioral Analysis).

One doctor, who used these techniques, stated quite casually that these children were not very human in their responses to his therapy. Incredible how insensitive he was to the obvious fact that if someone locked him in a closet (“time out”), brutalized his system with electric shocks and tied his hands and feet, his inclination to relate to his therapists would be quickly extinguished … especially if he also had had extreme difficulty making sense out of his world in the first place. How could anyone hope to reach and help a child having difficulties with understanding the world by disapproving and condemning him? 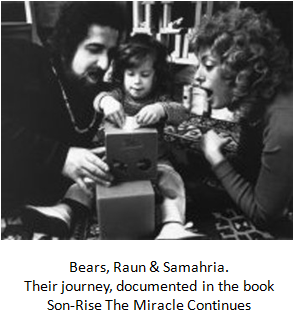 Refusing to relinquish our good feelings, refusing to extinguish the life of this delicate and different child by placing him behind the stone walls of some faceless institution, we decided to trust ourselves… to design and create our own program without having any concepts of limitations. We would try to help Raun recreate and expand his world in the same way we had recreated and expanded ours through The Option Process. Our guide was the Option Attitude: To love is to be happy with. In approaching our son, we decided there would be no conditions to which he had to conform … there would be no expectations which he had to fulfill… there would be no judgments which designated his behavior good or bad. 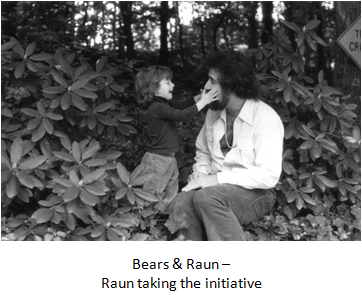 Our movement would respect his dignity instead of forcing him to adapt to our ideals or behavior. Working with Raun during his every waking hour (eighty hours each week), we met him on his own ground and entered his world. With love, with acceptance… always aware that for whatever reasons, Raun was doing the best he could.

We decided to do what was most apparent… if Raun was unable to be with us in our world, we would try to make contact by going to his world. The major thrust of our program was to be beside him, touch him in the most gentle ways, and be encouraging with our enthusiasm. But the most important decision was to join him.

Not a laboratory tactic performed from a distant or aloof perspective … we would actually join him with our energy and enthusiasm dedicated to being with him in his evident passion. If he rocked, we would rock. If he spun or flapped his fingers, we would spin and flap our fingers. It was our way of learning about his interest, of saying hello, of trying to communicate our love and acceptance of him. Several doctors suggested that by doing what he did, we were committing a tragic mistake of supporting “bad” behavior. For us, there was no bad or good … there was just a different little boy whom we wanted to contact.

Initially, we worked with him in a bathroom in order to limit distractions of sound, color, movement and other interests. Then we created a special playroom where human interaction and bonding became the most important qualities for his satisfaction and fascination. In addition to joining him with love and acceptance, we also lavished him with affection, loving and caring, touch (when he allowed it), music, smiles, gentle visual and auditory stimulation that came from us.

We tried to present to him an environment he might find even more fascinating and more beautiful than the self-stimulating one he had created. His motivation would be the determiner of our actions. At first, the movements were slow … almost imperceptible. To this point, Samahria did the program herself. We wanted help. So we began to train others as teacher-therapists, translating and transforming the concepts of the Option Process® into a rather unorthodox, but highly-effective method of reaching Raun.

Both our daughters, Bryn and Thea, were also teachers and loving mentors for their brother. The essential ingredient was the development of the Option Attitude… the maintenance of a totally loving, accepting and non-judgmental attitude at all times while working with Raun. Each and every day, Samahria and I did dialogues with each other to explore beliefs and feelings so that we could be clear and comfortable while attempting to help Raun. The specific tactics and techniques we established in working with our son were secondary to the tone and texture of our approach, contact and beliefs. 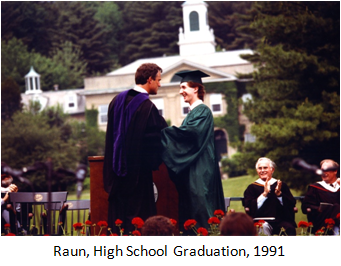 Within eight months, this totally withdrawn, self-stimulating, functionally retarded and “hopeless” little boy with autism began to break out of his shell and become social, verbal and affectionate. After 3-1/2 years, with the program fully finished, Raun emerged as a very talkative, highly interactive, socially astute and caring youngster bearing absolutely no traces of his original condition.

After graduating high honors from high school, he attended and graduated with a degree in biomedical ethics from an Ivy League University. Raun directed a teaching center for junior high school and high school students. Today, he is the Director of Global Education of The Option Institute® and the Autism Treatment Center of America® in Sheffield, MA as well as a seminar facilitator, teacher trainer and international lecturer.

Had we given up our wants and followed the advice of the “experts,” our son today would perhaps be sitting in his own feces, alone and forgotten, drugged, spinning and rocking for endless hours on the cold floor of some nameless residential facility.